Breast Cancer - I feel like I've won the lottery!

I was diagnosed with Breast Cancer in August 2009, having no family history this came as a bolt out of the blue, I considered myself to be fit and healthy for my age (43), and I had an active job, all I could think about was whether I was going to die.

This was firmly quashed by my Breast Cancer Nurse Jenny Richards who has given me fantastic support all the way through my journey.

September 2009 – I had my mastectomy and lymph nodes removed. I consider myself very lucky that I have the frame of mind to take things head on, and I am also stubborn which undoubtly helped me through the next few months. I had my mastectomy on the Tuesday and I was home on the Wednesday. I hoped they would reconstruct my breast at the same time but as I’m big breasted I was told I was to big for implants and it was also unwise because the radiotherapy would spoil the end result.

Home l went with my ‘comfy’. Still in my stubborn mode I wanted to return to work but was advised not to by my work, family and GP.

October 2009 – I was called to Oncology where I met with Dr Kelly and his team. I started TAC therapy which was awful, my hair came out after two weeks, I ballooned with the steroids and drugs putting on over five stone and became a walking pin cushion. I found the side effects worse than the fact that I had cancer. I can honestly say I actually hated my body, I was fat, bald, had one breast and I felt a freak.

All the nurses on Oncology were fantastic, even though they were rushed of their feet they always made you feel that you were the only one there. The worst time was when I was fitted for my prothesis, I absolutely hated it and I can remember crying from the time I met Jenny to be fitted to the time I left her room.

I think it was the first time I looked at myself in a mirror from the waist up naked and what a shock, a horrendous object looked back at me I just wanted to curl up and die there and then.

I can remember picking my prothesis up on Christmas Eve after my chemo and when I got home I put it on top of my wardrobe and there it stayed for about three months.

March 2010 – Radiotherapy started. I had five weeks of radiotherapy and I can honestly say this was the worst of my treatment. They said it was because I was big breasted but I did burn and blister and at one point had no skin at all on the right side of my chest.

May 2010 – I went back to work trying to get back to normal with my bald head, fat from treatment, burnt from radiotherapy.

November 2010 – I had my first meeting with Mr Fitton to see about my reconstruction. He went through the options – too big for implants. I could have latissmus dorsi flap – LD flap, this uses muscle and tissue from my back, or a free tram flap which uses skin and muscle from my stomach.

I opted for the free tram flap so I would have a new breast and a tummy tuck to boot… This was scheduled for early New Year 2011. I was very upbeat and positive when I left Mr Fitton.

I then decided I didn’t want surgery I was afraid of the result, would I cope with such a traumatic and long surgery, what if my cancer came back (as I was told by Oncology that it would), was it worth putting myself through all of this?

I talked to various people, Jenny, Hospital counsellor, family and friends, my GP. I even had another chat with Mr Fitton, I’m glad now that I did he promised me it would all be worth it and put all my niggles out of my mind.

I decided to go through with the operation. 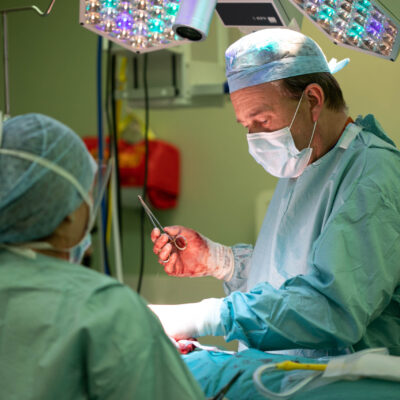 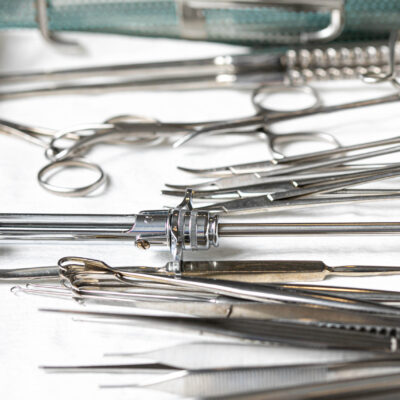 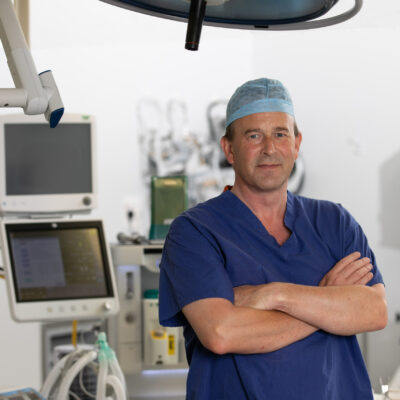 Mr Fitton and his team were fantastic putting me at my ease all the time.

I think the most uncomfortable bit of the operation that I can recall now was having to be under a bear hugger most of the week. It felt weird having two breasts again and it was lovely to put my prothesis back in the box and back on top of the wardrobe. My new breast was bigger than the other, Mr Fitton said they make it big as it tends to shrink back. After six months it was still bigger than the other so I decided to have it reduced by liposuction.

April 2012 – Mr fitton reduced my new breast with lipo-suction and I am so glad I did.

August 2012 – I had another consultation with Mr Fitton and his team regarding having a nipple done. I was a bit wary as I didn’t want any more surgery and I was also afraid it would spoil my new breast.

September 2012 – I had my nipple done by Mr Fitton, I expect he wished he had done it under general anaesthetic as I yapped to him all the way through and tried to watch what he was doing.

Since April 2012 I have lost three stone, I have a new breast which looks right at home beside the old one.

If you saw me walking down the street you wouldn’t beleive what I been through the past three years. It’s a fantastic feeling knowing that I can go in shops and buy new bras and tops knowing that I haven’t got to worry that my prothesis won’t show or fall out.

I am very pleased and proud of my new boob and the fact it has given me my confidence back. I must thank my mum, family, Jenny, Oncology, Radio for helping me through the last three years, and especially Mr Fitton for putting me back together.

Sometimes I didn’t think I would make it, but I am so glad I had my reconstruction. I feel like I’ve won the lottery.